The Louisville at 1 ½ miles on turf is carded as Race 9 at 4:55 p.m. (all times Eastern) on the 11-race program that also includes a simulcast of Preakness Day action from Baltimore’s Pimlico Race Course. Churchill Downs’ first race is 12:45 p.m.

Trained by five-time Louisville winner Kenny McPeek, Vettori Kin most recently finished fifth and was defeated by 2 ¾ lengths in the Elkhorn (GII) at Keeneland. The 6-year-old son of Vettori is in search of his first victory since last year’s edition of the Louisville. Vettori Kin will be ridden by James Graham and break from post No. 6.

The Louisville Stakes was formerly known as the Louisville Handicap. New for the 2019 Spring Meet at Churchill Downs, all handicap races were changed to stakes events.

The 144th running of the $1.5 million Preakness Stakes (GI), the Middle Jewel of the Triple Crown, goes as the 13th of 14 races at Pimlico at approximately 6:45 p.m. The race will be shown on television monitors throughout Churchill Downs, including the massive Big Board.

Churchill Downs admission gates will open Saturday at 11:30 a.m. General Admission is $7, reserved seating is $12 and reserved dining packages are $51. For more information and to purchase tickets, visit www.ChurchillDowns.com/Tickets. 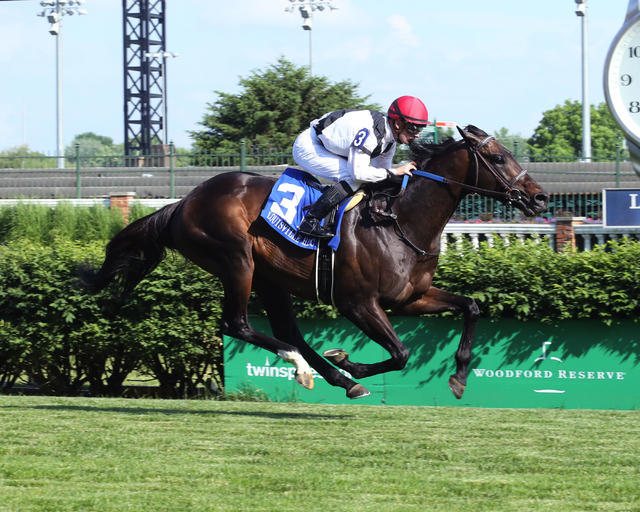