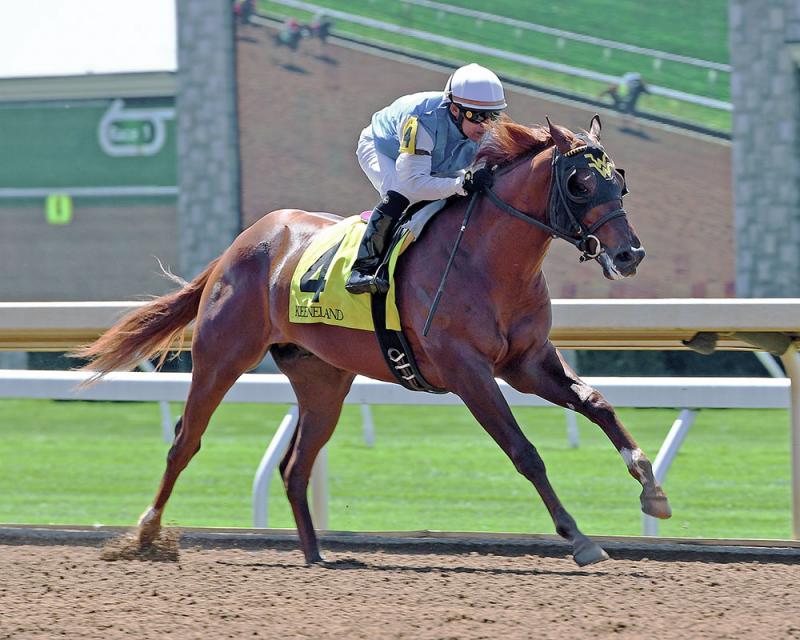 McErin romped to a 7 1/2-length triumph for trainer Wesley Ward in his Aplril 12 debut at Keeneland. (Coady Photography, Keeneland) 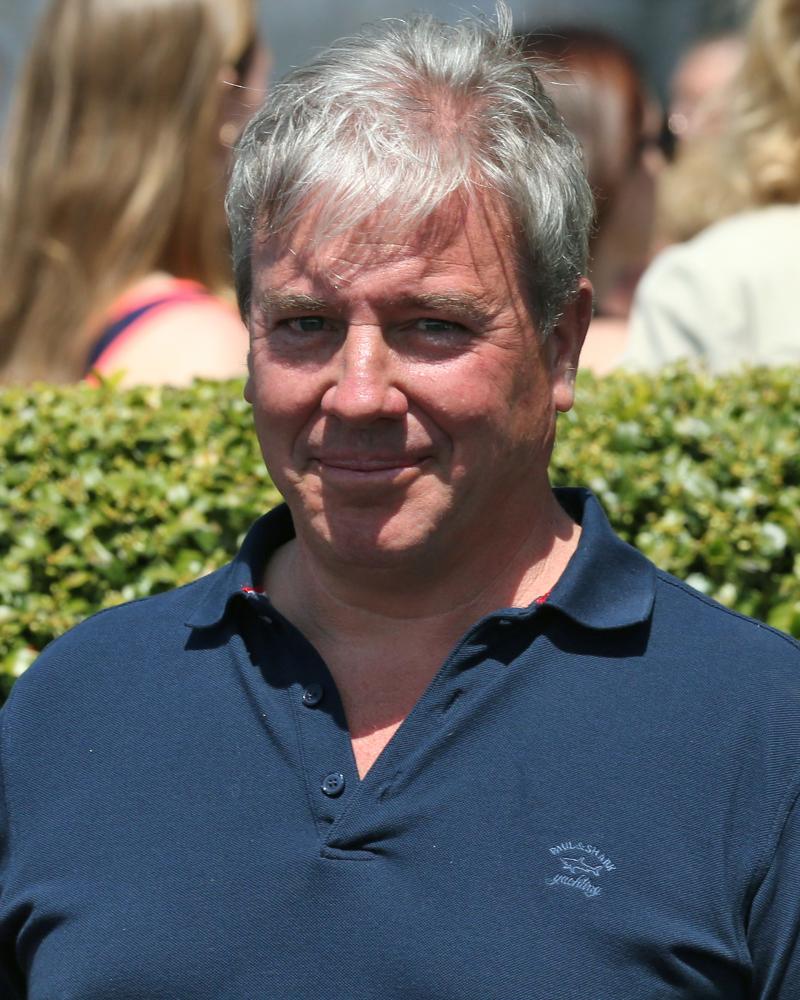 Trainer Wesley Ward bids for a second consecutive victory in the Kentucky Juvenile when he saddles the filly Happy Like A Fool and debut winner McErin in the 24th running of the five-furlong race for 2-year-olds. (Coady Photography, Keeneland) 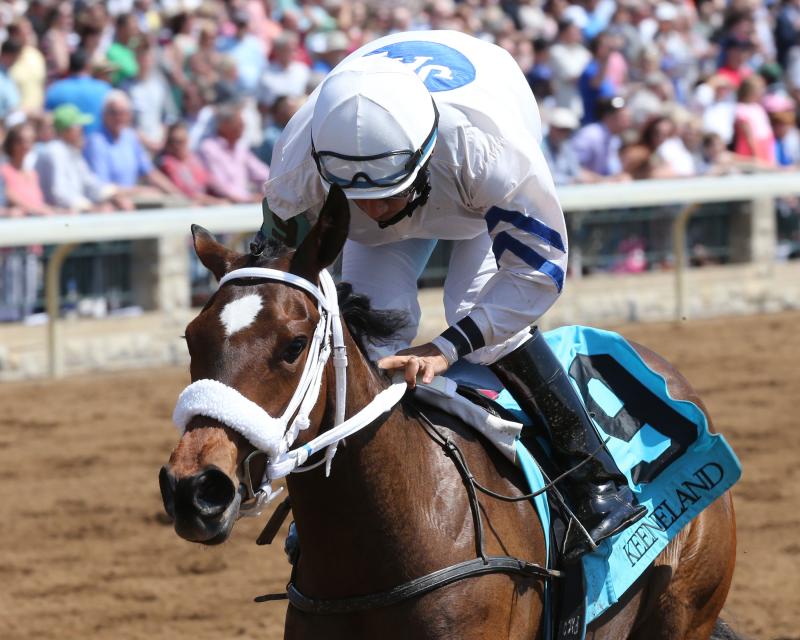 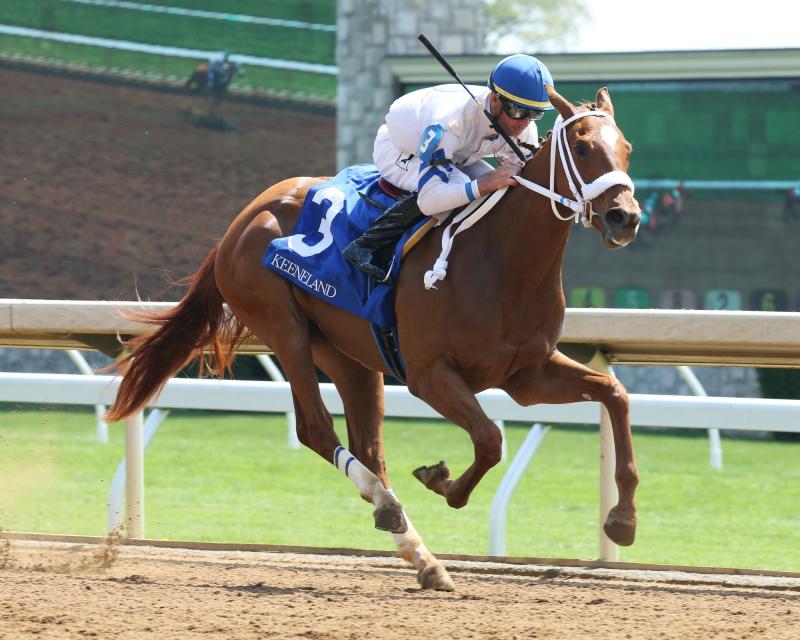 The John Hancock-trained Waki Patriot will be ridden by Corey Lanerie in the Kentucky Juvenile during Churchill Downs' Thurby celebration. (Coady Photography, Keeneland) 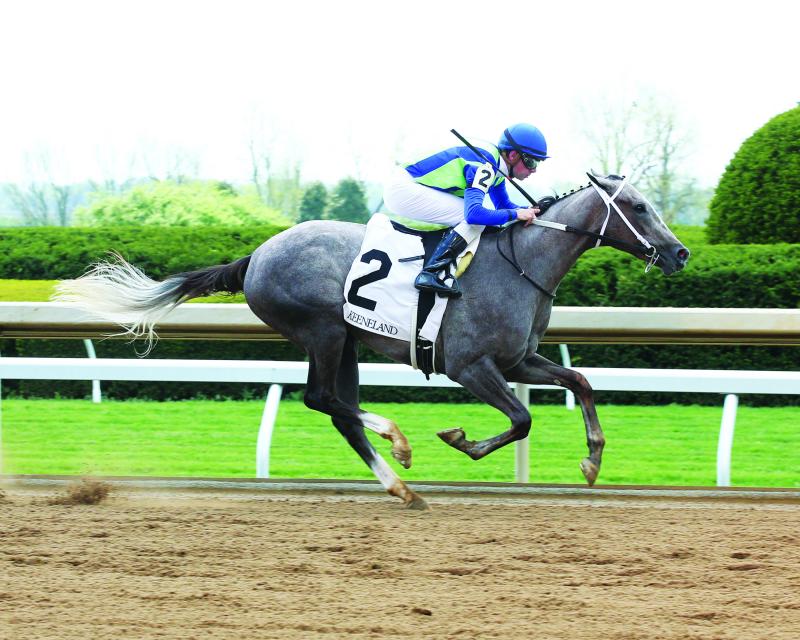 Trainer Wesley Ward, who beat the boys with the filly Silvertoni in 2016, will send out the filly Happy Like a Fool and Waterford Stable’s McErin as a coupled entry for Thursday’s 24th running of the $100,000 Kentucky Juvenile for 2-year-olds going five furlongs on the main track.

Ward bred and owns Happy Like a Fool, who won her debut at Keeneland on April 9 by four lengths. Julio Garcia has the mount Thursday and will break from post position five.

Ward also will send out McErin, a 7 ½-length winner in his debut April 12 at Keeneland. Garcia also is named on McErin, who will break from post position two.

Also in the field are two Keeneland winners trained by John Hancock.

Also on the Thursday program is the 12th running of the $65,000 Opening Verse overnight stakes for 3-year-olds and up going a mile on the turf. The Opening Verse will go as the ninth race with a 5:11 post time.

Trained by Wesley Ward, Hootenanny will be making his 2017 debut. Winner of the 2014 Breeders’ Cup Juvenile Turf (GI), Hottenanny will be ridden by Julio Garcia and break from post position 10.