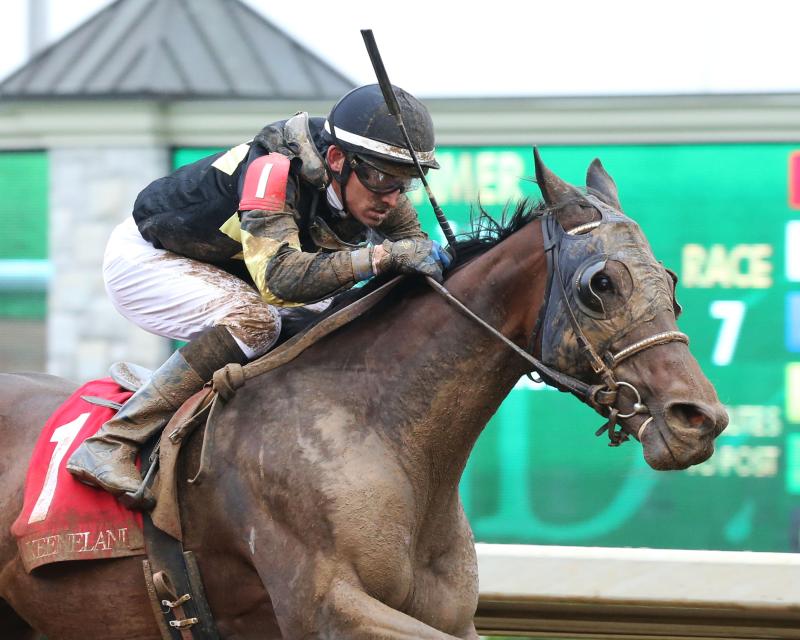 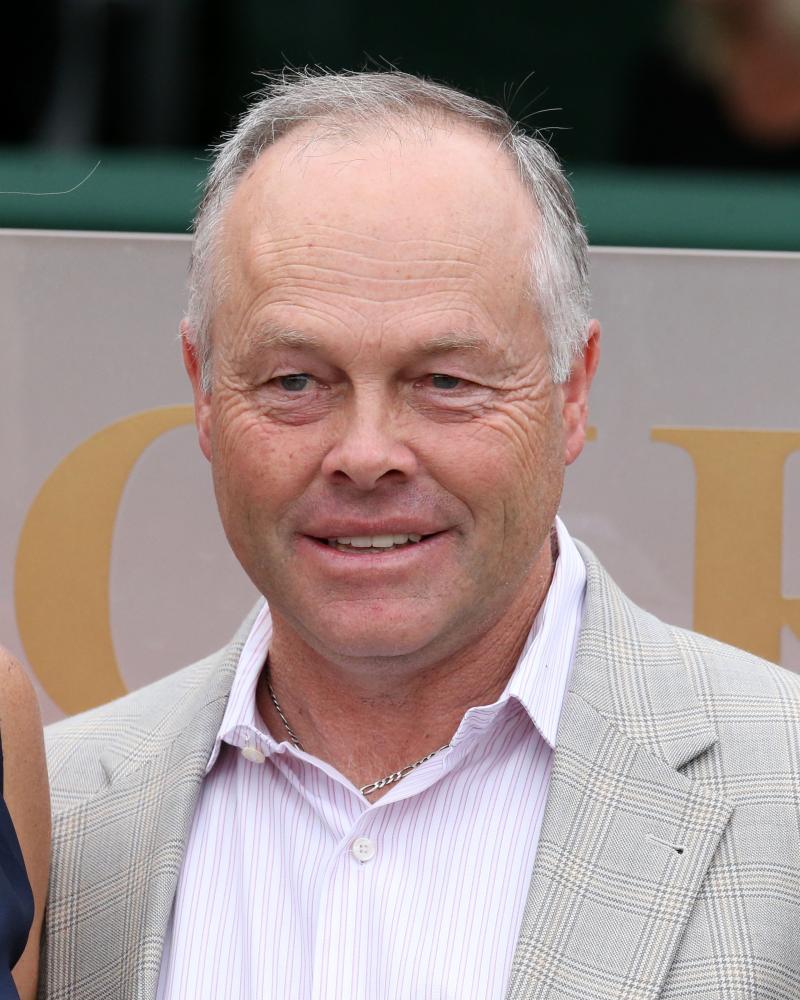 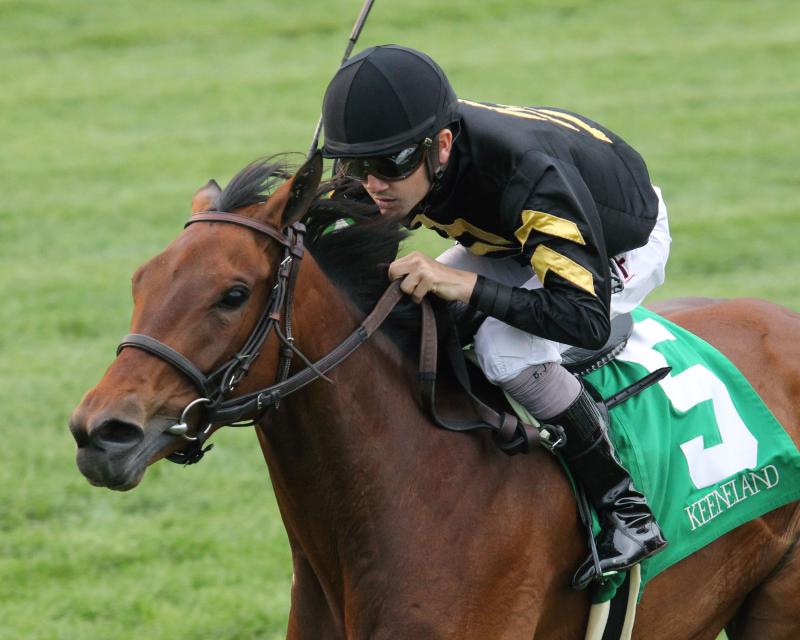 Six Column Stables, Randy Bloch, John Seiler and Fred Merritt’s Sweetgrass will attempt to upset heavy-favorite Finley’sluckycharm in Saturday’s $100,000 Winning Colors (Grade III) at Churchill Downs. The six-furlong sprint for fillies and mares is the feature race on an 11-race card that begins at 12:45 p.m. (all times Eastern).

“She really has been training great,” trainer Ian Wilkes said. “However, there are a couple of things going against us with the distance and the big favorite.”

Sweetgrass ran in route races for most of 2016 but Wilkes believes the 4-year-old filly, by Kentucky Derby (GI) winner Street Sense, is much better suited around one turn.

“I think she’s really found her niche at seven furlongs,” Wilkes said. “The six furlongs Saturday is probably too short for her. The problem is we wanted to keep her home after the Humana Distaff (GI) but needed to get a race in her before the Chicago Handicap (GIII) in June. If the pace is strong enough up front we’ll hopefully be closing ground late.”

Wilkes, who celebrated his 52nd birthday Thursday, will be at Arlington Park on Saturday with Sweetgrass’ regular rider, and his son-in-law, Chris Landeros, to saddle Giant Payday in the $100,000 Arlington Classic (GIII). Jockey James Graham will have the riding assignment on Sweetgrass for the Winning Colors.

“She really stepped up in the Bewitch (Grade III),” assistant trainer Jack Bohannon said. “She was a big price and closed ground well to beat Daring Duchess.

“This filly wants to run all day. There really aren’t a lot of spots for fillies to go 1 ½ miles (on turf) so this was a perfect option after the Bewitch. She’ll probably take a little bit of time off after the Keertana and be pointed for Kentucky Downs in September.”

The Keertana is the fifth race on Saturday’s card at approximately 2:43 p.m. (all times Eastern). Giovanna Blues, listed as 5-1 on the morning line, is expected to scratch, according to Racing Secretary Ben Huffman.

Sweezey, a native of Lexington, Ky., grew up in the horse racing business as his parents own Timber Town Stable.

Prior to training on his own, Sweezey spent time working for trainers Christophe Clement, Eoin Harty and, most recently, Jimmy Jerkens.

Lela’s Gift won the maiden claiming event for fillies and mares by three lengths and returned $24.20 for the win with jockey James Graham in the saddle.

Sweezey’s string of horses is stabled at Keeneland.

DOWN THE STRETCH – There is a $39,676 carryover in the 20-cent Single 6 Jackpot on Friday at Churchill Downs and a $3,310 carryover in the $1 Super Hi-5. The Single 6 starts in Race 4 at approximately 2:13 p.m. (all times Eastern) and the Super Hi-5 is Race 9 at approximately 4:51 p.m. … Trainer Steve Asmussen is one win away from reaching 600 victories at Churchill Downs and “Buff” Bradley is one win away from 100 victories at Churchill Downs. Asmussen and Bradley both have two horses entered Friday. … Nominations for the $65,000-added Mighty Beau Overnight Stakes, a five-furlong turf sprint for 3-year-olds and up on June 3, and the $100,000 Old Forester Mint Julep Handicap (GIII), for fillies and mares 3-years-old and up at 1 1/16 miles on turf on June 10, close Saturday. … “Inside Churchill Downs,” co-hosted by Churchill Downs Racetrack’s John Asher, Darren Rogers and Kevin Kerstein, airs Saturday throughout the Spring Meet from 10-11 a.m. on ESPN 680/105.7. Saturday’s guests include trainer Bret Calhoun, who’ll saddle Finley’sluckycharm in the featured Winning Colors. … Sunday features a Stakes & Eggs brunch in the Stakes Room for $45 ($22 for children). … In celebration of Memorial Day on Monday, all active and retired members of the United States armed forces will be admitted free of charge. Also, Churchill Downs’ bugler Steve Buttleman will perform patriotic melodies following the “Call to the Post” for each race. 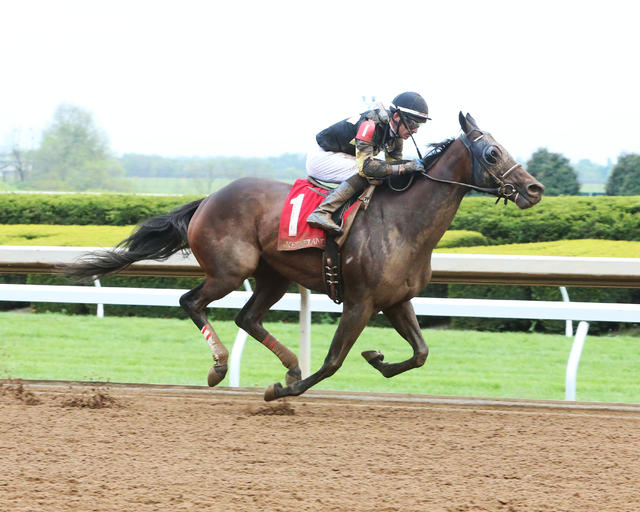